Since NHS England initially announced in December 2016 that it wouldn’t fund second transplants, more than 25,000 people joined our campaign to reverse the decision.

Thanks to every single person that signed the petitions, and wrote to their MPs. We all did it together.

Thanks to colleagues at Anthony Nolan, all other blood cancer charities, Emma Paine, Mark Tami MP, the APPG on Stem Cell Transplant, many MPs and clinicians, Sasha Jones and friends.

An extra-special thanks to the Hepburn family, who showed so much courage and campaigned selflessly after Gavin's death. We owe them a huge debt of gratitude. 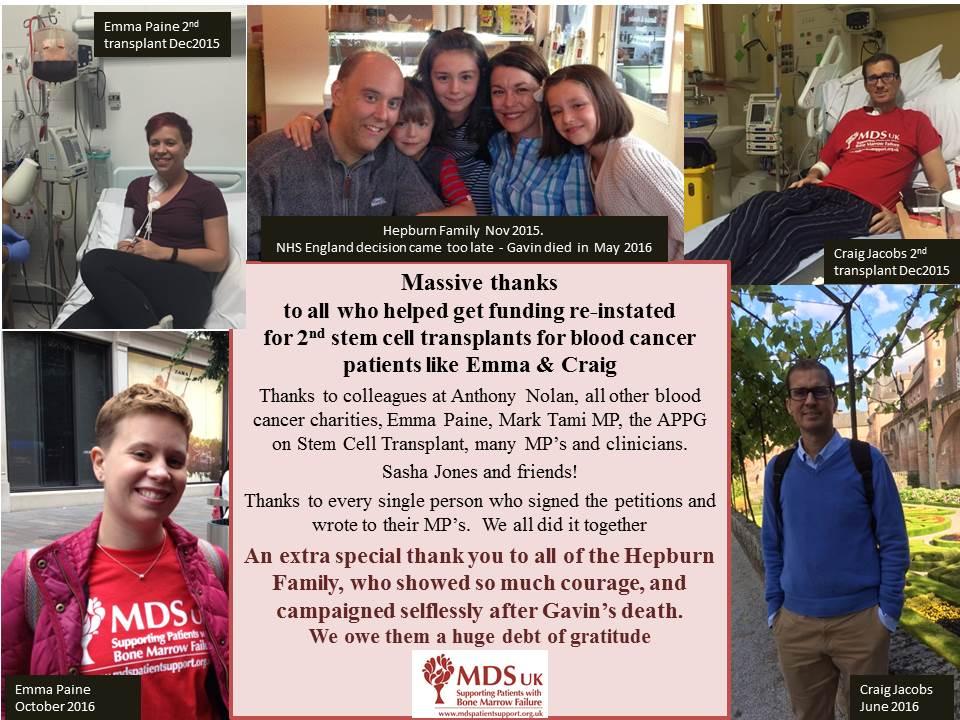 NHS Announcement in detail: routine funding for 2nd stem cell transplants for patients who relapse more than a year after their 1st transplant

Every year, a small number of patients with a blood cancer or blood disorder who have already received one stem cell transplant from a donor will unfortunately relapse (their disease will come back). For some of these patients, their doctor might recommend a second donor stem cell transplant. It is estimated that 16 to 20 people every year in England will need a second transplant because their blood cancer or blood disorder has relapsed.

This decision affects a small number of patients in England who:
• have received a first donor (allogenic) stem cell transplant;
• were in complete remission;
• subsequently relapsed more than 12 months after their first transplant; and
• their doctor now recommends a second stem cell transplant.

Why does this decision only apply to patients who relapsed more than 12 months after their first transplant?