Until recently, information on the biology of MDS and the options available for its treatment were limited.

In recent years, a lot of data has accumulated on the physiological processes associated with MDS, in particular on the role of genetic changes acquired by an affected blood cell (including in very early disease phase), and other observations at the cell level which prevent cells to function normally.

The prognosis of the disease have also been refined, with the revised IPSS, and new factors like genetic mutations.

In addition, the treatment options for MDS patients are improving, although not at the same speed, and only allogeneic stem cell transplantation (bone marrow transplant) remains potentially curative.

The 7th ESH Conference on MDS is designed to provide time and multiple opportunities for critical discussion and informal scientific interaction with internationally recognised MDS experts. 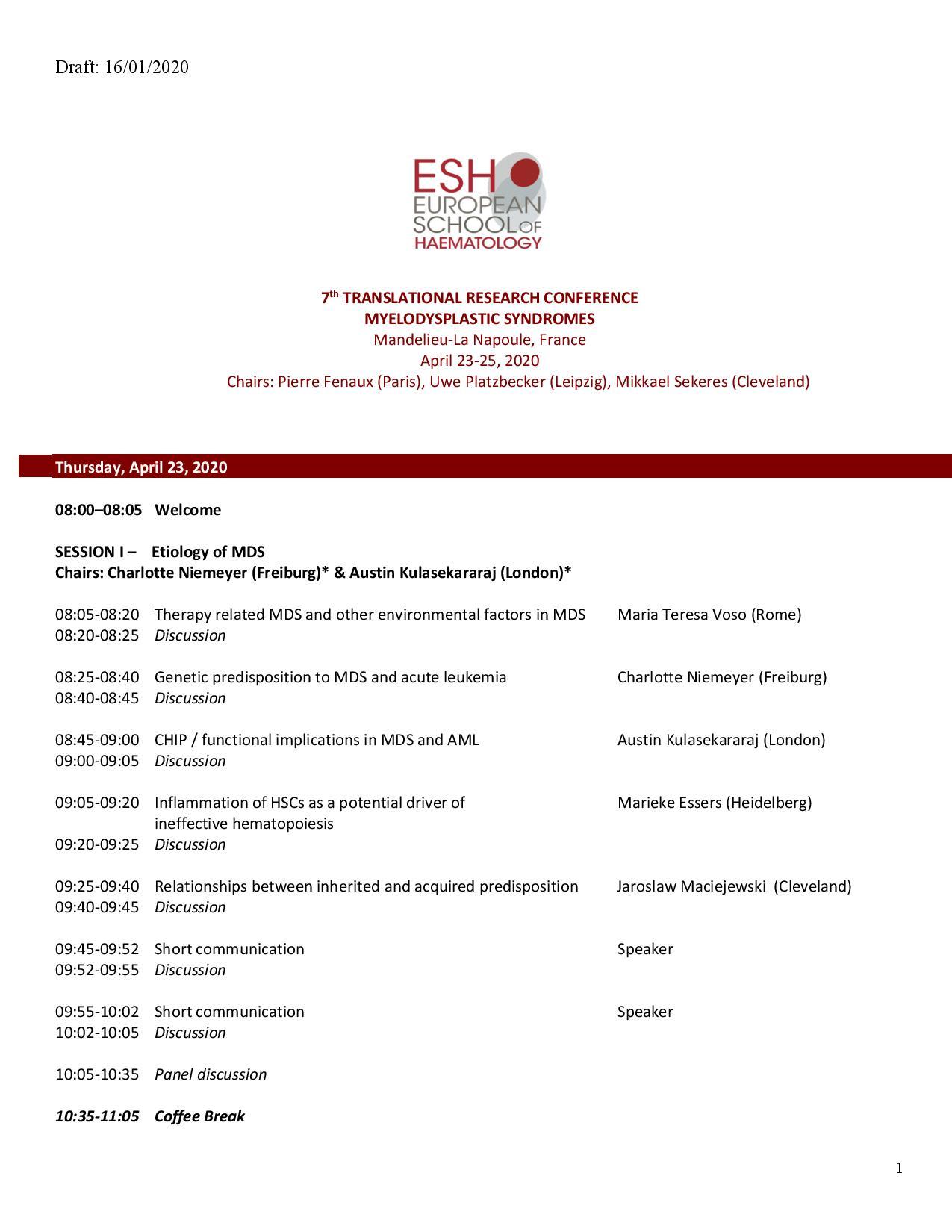 What are the learning objectives of the conference?

Clinicians and patient support groups, among others, will have the opportunity to look in depth into the following topics:

Clinical Trials open to recruitment in the UK