Sophie Wintrich has been working with patients and support groups for the last 14 years. At first through her career in medical market research work, specializing in patient interviews, then as European Patient Liaison for the MDS Foundation from 2007 to 2010 and then as Aplastic Anaemia Registry Manager at King’s College London from 2010 to 2013. 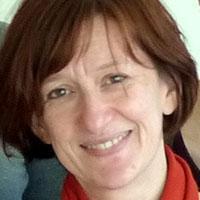 In 2008, as part of her MDS Foundation work in the UK, Sophie helped set up and develop the MDS UK Patient Support Group, together with then chairman David Hall and founding members Sharon Berger and Fiona Pirilla.
After leaving the MDS Foundation, and whilst working as the AA Registry Manager, Sophie acted on a volunteer basis as the Chief Executive of MDS UK, as well as Patient Liaison Officer, answering calls from patients and families looking for advice, support and information on MDS. Although she is not an MDS patient herself, the daily contact to patients and clinical teams have helped her gain an extensive and detailed understanding of the many issues faced by all those affected by this condition.
As well as expanding the core support services to MDS patients and families, very early on in her role she started learning about NICE and the SMC and how the patient voice can be a powerful influence by participating in these Health Technology Appraisals. This crucial patient advocacy activity represents one of the main priorities for MDS UK, in order to achieve equal access to treatment for patients, whatever their age. Sophie, as well as Chairman Rodney Taylor and Committee Member Secretary Fiona Pirilla, have taken part in several appraisals.
MDS UK is the only UK charity solely dedicated to Myelodysplastic Syndromes.
The members of the MDS UK Committee are either MDS patients themselves, or closely related to an MDS patient. All members have a dedicated role to fulfil.
The MDS UK services include a telephone helpline, patient information and support meetings, information leaflets and newsletters, a website, online chat forum, Facebook pages, contact to clinical nursing teams and MDS specialists.
MDS UK is also present at national and international congresses through their affiliation with worldwide umbrella group MDS Alliance other haematology groups.
MDS UK is member of other professional groups such as Cancer 52 and PiN (Patient involved in NICE).
Via MDS Alliance, Sophie also represents the needs of MDS patients in Europe at EHA Patient Advocacy Board Meetings, together with her German counterpart Anita Waldmann.
A further project will be to get MDS Alliance fully registered at EMA (European Medicines Agency) level, to represent the voice of MDS patients with regards to European MDS drug licenses.
MDS UK gained a full-time member of staff recently, who amongst her responsibilities, looks after the MDS UK Patient Survey, a questionnaire covering a wide range of patient issues, including QOL, diagnosis, treatment and communication with clinical staff.
MDS UK works closely with the MDS expert’s group UK MDS Forum, as well as most Myeloid CNS’s in the UK.
To date, MDS UK has had contact with over 1,700 patients and families. There is still a lot of work to be done to reach the 2,500 MDS patients diagnosed every year in the UK – but there is good progress and plenty of dedication from the team.
Other than campaigning to ensure equal access to MDS drugs for all patients, regardless of their age, Sophie is also very interested in the issue of drug pricing generally, drug technology appraisals specifically and ensuring that HTAs correctly and adequately reflect the burden of illness of all types of MDS patients.
Sophie has been living in the UK since 1990, but was born in France and grew up in Germany, hence the funny accent and expressions.

A further unique EU initiative Sophie is involved in is the Harmony project - a big data project, funded by EU in cooperation with 7 major pharmaceutical companies.

The mission in both projects is to represent the voice and wishes of the patients - alongside all other stakeholders (clinicians, scientists, regulators, pharma, legal, ethical). Both european projects aim at improving patient care europe wide, accelerating access to treatment and facilitating cross-border healthcare.