Home » Stories » Simon Wilkes: “Hopefully so many lives will be saved!”

I was diagnosed with Myelodysplastic Syndrome back in September 2013 after suffering with fatigue and tiredness.

At that time I was a football coach at a local Youth football club ,Withymoor Colts, which had 34 children's football teams. I was also youth team coach at my home town club Stourbridge F.C., as well as being a football referee on Saturdays and Sundays.

All this had to come to an end as I hadn't got the energy to do it. Within 6 months of my diagnosis I contacted Sophie Wintrich at the MDS UK Patient Support Group as I needed to know more about my condition.

The MDS UK Patient Support Group were so supportive. Luckily for me my MDS was stable: I just had to adjust to a slower lifestyle. Within MDS UK's site I read stories of patients far far worse off than myself and I also discovered Anthony Nolan's Charity. I read inspirational stories on there about the work Anthony Nolan does and the patients it helps. 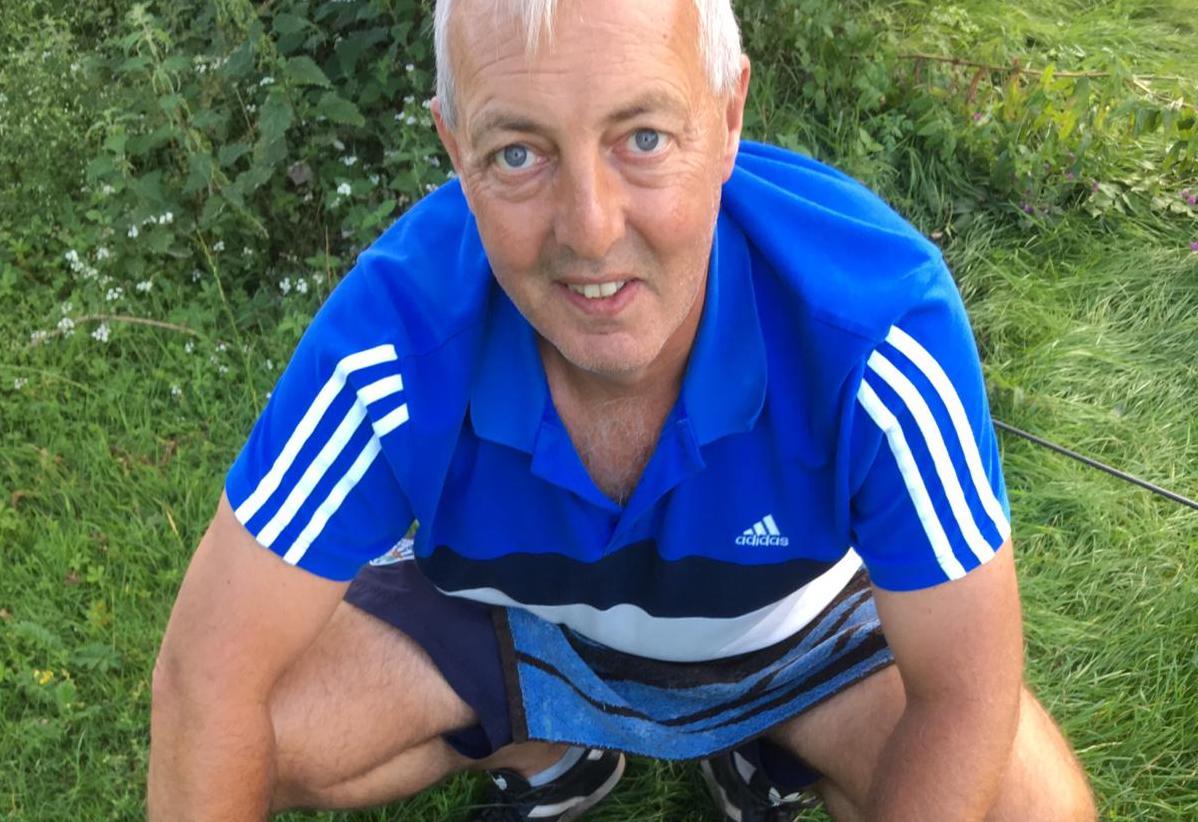 My first events in aid of Anthony Nolan and MDS UK

Being quite well known in the local area, I decided to get involved with a local charity which also carries out wonderful work: Mary Stevens Hospice. They hold a massive community football game annually at Stourbridge F.C., so I already had links there. I approached the organiser if I could play in the game (I hadn't played for 10 years!) and get people to sponsor me and raise monies for both Anthony Nolan and MDS UK.

I also enquired with Anthony Nolan about them attending the game to take swabs and add young people to the stem cell register. 22 signed up on the day which made me so proud. I played five minutes of the game and we raised almost £1000 which was split between the two charities.

Tragedy struck and our Olly passed away

Eleven days later tragedy struck our family and our Olly passed away. Absolute total devastation, which shocked the whole community. Almost 500 family and friends attended our Olly's funeral. All donations again were split between both charities. Our boy is missed so so much and 4 years on we are still in shock.

From Anthony Nolan's swabbing event, 9 months later, one of Olly's friends had the call from Anthony Nolan and was found to be a match. Matt Beveridge was a local hero, his story was featured in the local press and on local radio. Matt's Anthony Nolan story is on the video below. He was later to find out he had saved the life of a young Spanish lady.

As a family we had decided to organise events in Olly's memory, a legacy for him

As a family we had decided to organise events in Olly's memory, a legacy for him. The news regarding Matt Beveridge's stem cell donation prompted me to invite Anthony Nolan to a huge football tournament we organised with our extended football family, Withymoor Colts, whom Olly had played for for 15 years. We raised over £10,000 which was split between PKD Charity, Birmingham Childrens Hospital and The Iyla Rose Foundation, also towards a memorial to our Olly.

On this day 52 young people signed up to the stem cell register including Sam Astley. The OLLY WILKES MEMORIAL FOOTBALL TOURNAMENT the following year, 2019, was huge, we raised money for PKD Charity and supported another campaign close to our hearts, THE JUSTICE FOR RYAN PASSEY CAMPAIGN. Unbelievably, we raised almost £11,000 with the help of volunteers from Withymoor Colts. I again asked the Anthony Nolan swabbing team to attend, with 18 signing up on that day.

We arrange other events in Olly's memory annually. Unfortunately the pandemic has meant the annual memorial football tournament hasn't happened for 2 years, but next year's is already planned for Saturday 18th June 2022, again supported by Withymoor Colts.

I started the publicity regarding Sam Astley's call up to be a match on 6th June. I was so excited and emotional that Sam was the 2nd person out of 92 to potentially be a lifesaver. I asked Sam if I could go public with his story on Facebook which he agreed to. I just wanted to raise further awareness of stem cell donation. I asked local newspaper Stourbridge News if they could give us some coverage, and Chief Reporter Bev Holder gladly obliged. Our story, Bev's story, went global.

Sam Astley and Beth Hill have done us so proud, what incredible ambassadors for us as a family and Anthony Nolan. Unbelievable. I personally will be forever in their debt for the amazing way they have conducted themselves in front of the media. Their parents are so incredibly proud and so is the country. What a legacy to send to our Olly in heaven!

Hopefully so many lives will be saved through those remarkable young people who sign up to the stem cell register.
So glad we have been a part of it.
Simon, Lynn & Ben Wilkes and our Olly in heaven 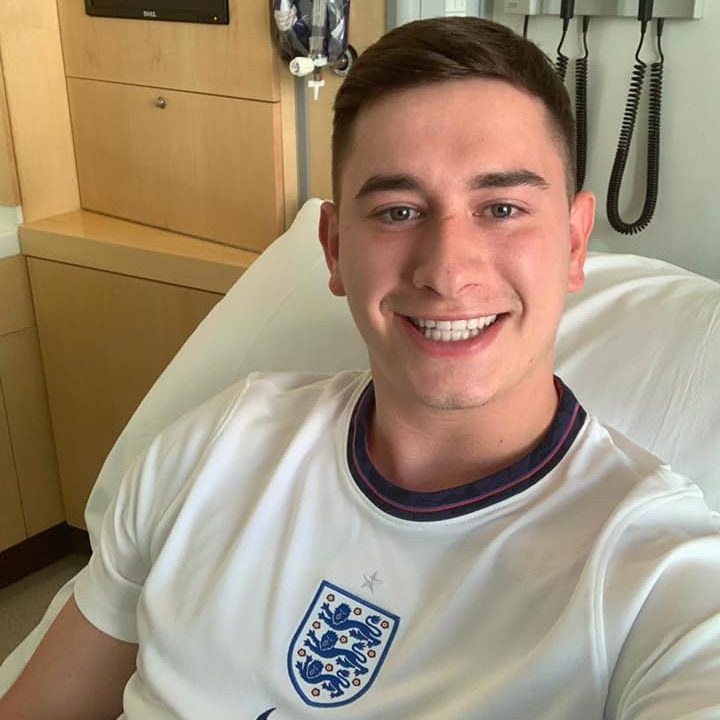 He shoots, he scores, he saves a life! Read Sam's Story

Sam Astley opted to donate his stem cells instead of attending the England football match!