MDS picked up via a routine blood test

My MDS story unusually starts some years before diagnosis. In about 2006 or thereabouts, my sister was diagnosed with MDS.

Despite the very best of care and specialist treatment at King’s in London, her condition became AML and she sadly died in 2011, aged just 57.

During her illness I became all too familiar with Haematology departments and terms like transfusions, platelets and neutropenia.

In early October 2014, I had a routine blood test because I had developed acute Psoriasis and was feeling generally washed-out and suffering night sweats.

Within two weeks, I was sat with my wife in the Haematology Department of our local hospital in Exeter feeling pretty scared when the initials MDS were mentioned in connection with my own symptoms.

I was duly referred for typical analysis – CT and BMB – and then, like so many fellow patients, I wait. (and, for many of us, waiting is the worst bit!)

After a period of some confusion I was called back to see the specialist and he explained that actually whilst my blood results are quite positive, they have discovered “significant cytogenetic abnormalities…”

How I became an ignorant expert

1.    My Psoriasis became uncontrollable and I was covered from head to foot in what they call lesions. It is a really depressing condition – physically and emotionally.  (it is worth commenting that psoriasis is an auto-immune skin condition and the local dermatologist wanted to give me Methotrexate but was fearful of my bone marrow condition).

2.    Like most other MDS patients, I did lots of research on MDS on the web and became an ignorant ‘expert’ – scared and reassured in equal measure.

3.    I joined the MDS UK Patient Support Group forum and Facebook group which really helped my understanding
After a further meeting with my local consultant, which my wife attended with me, I decided to ask for a referral to King’s for an additional opinion (It’s a 3 hour journey each way, but worth it!) because of the possible MDS familial link and the link, if there is one, to dermatological conditions.

I have been very lucky and I have met all the relevant specialists who are working closely together to treat me.
Rather bizarrely my Psoriasis was, by this time so severe that everyone agreed they needed to treat that first, and that my MDS could wait!

Starting on Azacitidine and with a view to have a stem cell tranplant in future.

I am now on Methotrexate which has completely stopped my Psoriasis. (I don’t think I can use the word ‘cured’, but it sure feels like a cure). I have weekly blood tests to check levels and confirm that I can take the next dose.
Fortunately my blood levels are holding up well.

Like many fellow patients I read about on the forum, I am now on my journey towards an SCT with 2 potential stranger donors identified. I should start Azacitidine next month and all being well (literally) I anticipate an SCT in the not too distant future. It is my understanding that I’ll stay on Methotrexate as well – fingers crossed for the interaction between the two drugs. 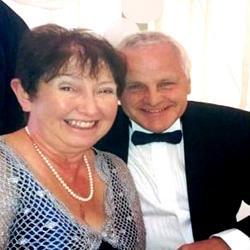 I’d like to add that I am in absolute awe of the admin and medical teams at Kings. The real thing that strikes me is the feeling of teamwork. Maybe it’s haematology because the same thing happens with the support groups – it always feels there is someone on your side.
Perhaps one other thing worth commenting on is that I have travelled overseas twice since diagnosis – it is definitely possible with a lot of planning.

I think it’s probably best if I stop this first chapter here. Just a few points about me:

•    Aged 57, Married with 2 children
•    Living in N Devon
•    Thanks to a very supportive employer. I am working part-time [about 50%] and have changed roles. My colleagues have been very understanding and have tried to understand my amateurish explanation of MDS.
•    Grateful for supportive responses on the online chat forum although I recognise that you have to be very careful not to self-diagnose! (if I am honest, I’m not brilliant with Facebook)
•    Now applying to Anthony Nolan Trust to join the ‘Patient & families Panel’ and to become a presenter on their Register & Be A Lifesaver (R&Be) education programme (which helps to teach 16–18-year-olds about the importance of donating bone marrow, blood and organs) http://www.anthonynolan.org/