“I have never met anyone else with M.D.S. but would love to hear from anyone with similar experiences.  Unfortunately I am a techno-dinosaur, but Sophie has my address.” 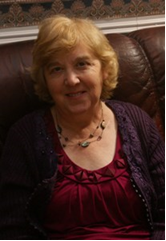 Watch and Wait/Watch and Monitor

I was diagnosed with breast cancer, stage 2, (just into the first of the lymph nodes) in December 2001 and after a lumpectomy, 5 weeks of daily radiotherapy, followed by five years on Tamoxifen, (the oestrogen zapping tablets which have the opposite, to the beneficial effects of H.R.T.),  I was beginning to be hopeful that I had kicked the big ‘C’ into oblivion.
Then my six monthly appointments with the oncologist began throwing up increasingly lowering platelets and white blood cell count.  After a radioactive bone scan said the original cancer had not spread, and two further appointments over the next year, she said it was time to start investigating, and arranged for a bone marrow biopsy.  I had this in May 2009 and went to get the results in the September at the small local hospital, from the haematologist.

Sitting in the waiting room, a nurse came out and gave me a printed A4 sheet to read.  It was about M.D.S. which I had never heard of, and I was immediately puzzled, and convinced she had given it to the wrong patient.  Left until last, at the end of the doctor’s long morning, the haematologist got out a small booklet on M.D.S. and drew a circle around my age group (67), the low risk box, and life expectancy (4.5 to 9 years).  “You have an acquired chromosome abnormality, a deletion on 11q,” he said.
“Have you any questions?  “I was speechless.  “How have I acquired it?” I eventually stammered.  “Well I see you have had breast cancer.  You didn’t expect to get away scot free, with no after effects did you?”  I assured him that this had been my hope.
He explained that no one was sure what kick- started M.D.S. , but excess radiation was a prime suspect – the breast cancer radiography was the most likely.  My mind ran through all the dental x-rays, those for broken bones and even the ones at Timpsons shoe shops, as a child, to see if every new pair of shoes fitted perfectly.
“We can’t do anything to treat it- we watch and wait.”

I drove home in a daze, with a thousand questions to ask, now the chance had passed. Because of my age, I wondered if I had been written off.  Even worse when I looked at my full blood count read – out and compared it with his table, I realised  he had made a mistake and that I was  in fact ‘intermediate’ risk.
He left shortly afterwards, and I was passed on to another haematologist who gave me even less confidence. I asked if I could read the original A4 sheet of information that I had seen, but he knew nothing of it, and didn’t seem to know much about M.D.S. at all.

I got in touch with the M.D.S. support group, and talked to Sophie Wintrich on the phone.  I explained that I felt abandoned and that I was suffering from painful inflammatory arthritis in most joints and probably fibromyalgia both of which my haematologist said had nothing to do with M.D.S. but that I didn’t believe him.
I wanted to know exactly what defined M.D.S. –  if you had a complaint, how did you know whether it was due to your underlying condition, or something else entirely.  I also found that one minute you could be seriously talking about the possibility of a knee operation/ replacement but at the mention of having an obscure type of leukaemia, they didn’t want to know.  Sophie explained that I was entitled to a second opinion and that my nearest M.D.S. specialist was Professor Bowen at St. James’ Hospital, Leeds,  fifty miles away.

I was lucky he agreed to see me. I now normally go to see him every six months.  It was a very reassuring move.  He answered all my questions and was a great listener.  He explained that a number of his M.D.S. patients have types of inflammatory arthritis, and being an auto-immune disease too, there could well be a link.  He referred me to a rheumatologist in the same city and their cortisone injections and tablets have improved my quality of life considerably. 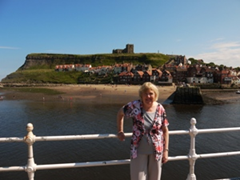 It is now five and a half years since the original biopsy and I still see the local haematologist in between Prof. Bowen’s appointments but he expresses concern that there is no reason to travel to Leeds.  Even I have to admit that I’m helping to bankrupt the N.H.S.  – but Prof. Bowen came up with some information which, for someone who needs hope, above everything else, was just what I wanted to hear.
He explained that he had been to an international conference where M.D.S. had been re-classified and my deletion on chromosome 11q came in the category which had the best prognosis.
He also wrote a letter for me to carry in my handbag, along with my latest full blood count results, which informs anyone in case of my having an accident, to be aware that I have low platelets and white blood cells, because of bleeds, bruising and infection implications.

The main problem now is of overwhelming tiredness which will unpredictably strike.  I go to sleep up to four times a day which could be in shopping centre car parks, on public transport, and even in the middle of a conversation, but in my own bed between 12am and 8am is much more difficult.
Should you just give in to it, or fight it, and if so, how?

I have never met anyone else with M.D.S. but would love to hear from anyone with similar experiences.  Unfortunately I am a techno-dinosaur, but Sophie has my address.