Home » Stories » Kevin’s Story: at 70, with MDS, and an avid adventure cyclist

I was diagnosed with MDS in 2013 at the age of 64, after 18 months of various tests and investigations. I remember feeling relief at the diagnosis, finally having a name for my condition put an end to the uncertainties and frustrations that my symptoms had evoked. 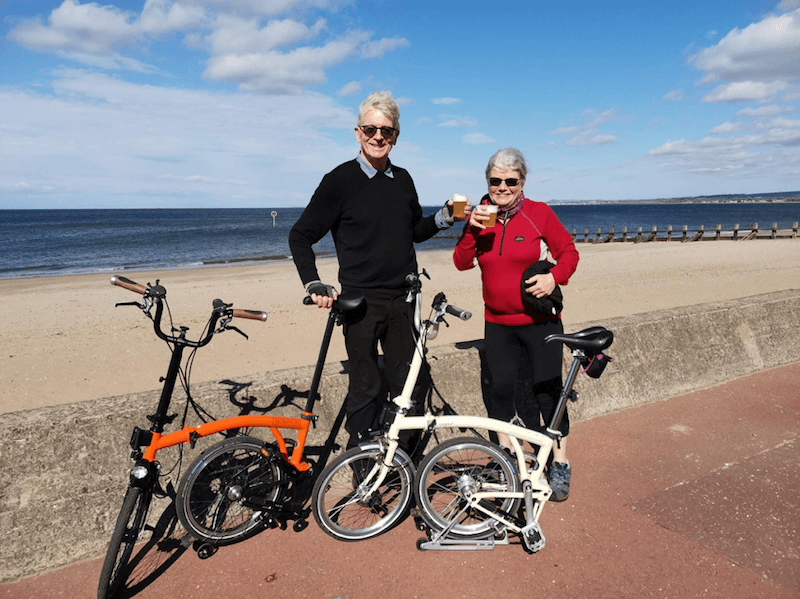 The diagnosis and been flooded by misinformation

In the years leading up to 2012 I’d led an active life. I’d taken up running in 1981 and relished the challenges and the camaraderie with the friends I’d made, and it was through running that I met my wife Ros, an extremely accomplished athlete in her own right. We were both what is known as “ Ultra“ runners ( running a distance longer than the 26.2 miles of the Marathon )
We competed in numerous events covering distances from Marathons and upwards including several 24 Hour Races. We were both “ Centurions “ having run over 100 Miles inside 24 Hours.

It was while training for a race in South Africa that I first started noticing symptoms. Distances that had I’d previously covered at ease suddenly became a challenge, sometimes I’d experience fatigue and breathlessness on the easiest of runs. I visited the Doctor who gave me a check up and found nothing untoward, I thought that perhaps I’d been overtraining.
When I returned from South Africa I went for a blood test which showed that I was anaemic.
Eighteen months later I was diagnosed with MDS.

I’m a pretty fatalistic person, I accepted the diagnosis and did what most newly diagnosed people do, started researching my condition using “Doctor Google“ Well, all I can say is that there is a lot of misinformation out there, as well as the usual charlatans and Snake Oil salesmen trying to cash in on people who are unwell.

Fortunately I had been referred to Doctor Sally Killick at the Royal Bournemouth Hospital who told me about MDS Patient Support. Led by Sophie and a truly wonderful group of people who give their time and understanding to both patients and their families and carers. It is all too easy to lose sight of the impact that the diagnosis has on others as well as the patient, these are the people who are often overlooked but also need information and support.

Over the years I’d attended MDS Patient meetings at various venues around the country, and a few years ago a Bournemouth group was established making it even easier to keep in touch.

The Bournemouth group meet up three times a year, we are fortunate to be able to use the facilities at the Grove Hotel who do a wonderful job of looking after the group.

A typical meeting will start with an introduction and a welcoming of new patients, carers or family members. ( we have a sheet of sticky labels so we can wear a name badge ) There is a general discussion where anyone can raise a question or relay their experiences, the breadth of knowledge usually means that there is someone who can answer a query or reassure someone who might be feeling apprehensive about a particular issue.

This is followed by a short break for tea / coffee / biscuits and a bit of a natter before the second session. This is usually a talk by a Professional in the field of MDS or a relative discipline. There have been talks on various aspects of MDS including Stem Cell research / Clinical trials /symptom management and a host of other topics, all presented in an easy to understand way.
The meeting concludes with a brief discussion and anyone can ask for a particular topic or area of interest to be the subject of the next meeting.

I’ve found the support from our local group to be invaluable over the years, sometimes things can feel a bit overwhelming, but having the warmth, camaraderie and experience of fellow patients to draw on does really make a difference.

How I took up cycling and some adventures with Ros

I’m fortunate in that my MDS is progressing slowly, I’m still active and able to go on walking holidays with Ros, as well as run shorter distances. Ros had a knee replacement 12 years ago which put an end to her running. She then took up cycling and in the intervening years has had a great many adventures including cycling from our home in Poole to visit our daughter who lives in Edinburgh, and a couple of years ago she cycled from Lands End to John O’Groats totally self-supported.

I never considered myself a cyclist but an opportunity arose late last year to acquire a couple of Brompton folding bicycles. I’d wanted one for many years, mainly because of the ingenuity of the design and engineering excellence. I reasoned that if I couldn’t get on with it then I would hang it on the wall as a work of art!

Well, I did get on with it, I returned from my first tentative wobble with a smile on my face. I discovered that unlike running and walking where when you stop, you stop moving, with cycling I could stop pedaling to give my legs a rest while still moving forward. It also meant that Ros and I could once again take part in activities and adventures together.

Last year I was looking for a challenge to mark my 70th birthday which was in May of this year. We worked out a route for us to cycle on our Bromptons from Glasgow to our daughters home in Portobello on the outskirts of Edinburgh.The weather was kind to us with a tailwind pushing us towards our destination. Cycling along the Prom at Portobello Ros could see our daughter waiting ready to celebrate our achievement. Looking down at my bike computer I could see the display reading 70.3 miles.
The following evening, we met up with family and friends for a meal, lots of laughter and toasts were made and I fell into bed feeling happy and contented. 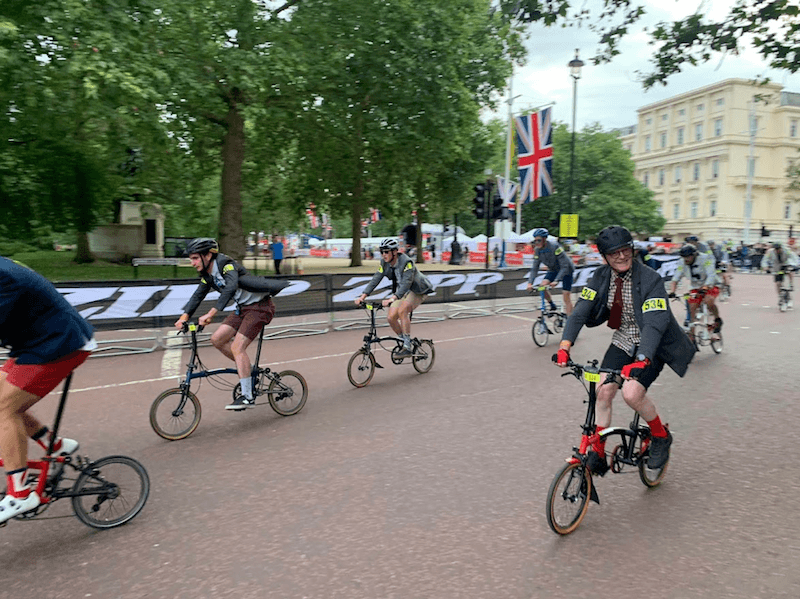 Looking to the future

Sometimes I’m seduced by how it used to be, the endurance that I took for granted and the feeling that I’d always be able to do these things. It’s when I’m in that frame of mind that I reflect on the positive things that I’m still able to do and the fact that I’m now part of a select group of fellow patients who lend each other mutual support.

Looking to the future, I believe that it is important to set yourself a goal to work towards, no matter how modest it may seem to others. Ros and I recently took our Bromptons to London and took part in this great event that is the London Free Ride. I know that there was a team from MDS Patient Support raising much needed funds by cycling a 100 Miles on the following day. To them I would say “Chapeau” well done for an outstanding and inspirational ride.

Ros and I will certainly be continuing our cycling adventures, we’re already planning next years visit to London. On a final note, when Ros and I arrived on the Promenade at Portobello I looked down at the distance displayed on the bike computer and thought “If I can do 70 miles, I wonder if I could manage 100...

For all fellow runners out there – you can read about Kevin’s running achievements below:

For a bit of background as to my levels of fitness in the past here is a very brief outline:

I took up running in 1981, ran my first 4 marathons the following year, six the year after, ten the year after that by which time I was competing in 100KM races.

In 1986 I competed in my first 24 Hour Track race where I completed 141 miles. This distance saw me being invited to compete in similar events and I was invited to take part in Irelands first 24 Hour road race. My mum was from Dublin so I have an affinity for Ireland (and Guinness) 🙂

In 1989 I was looking to do something to celebrate my 40th Birthday. I ended up running from Mizen Head which is the southernmost point in Ireland to Malin Head, the northernmost point. The shortest distance is about 370 miles but I decided to go via Dublin to see friends so that made the distance 430 miles. I managed that in 9 days.

The following years was much the same, 40 mile races in the High Peaks, and most years I'd run the South Downs 80 mile race.

For my 50th I decided it would be a good idea to run from Galway to Dublin, I ran it unsupported and managed to find B+Bs along the way. that was 132 miles in 3 days.

By 60 I'm no longer a spring chicken so I worked out a 60 mile route from Glasgow to Edinburgh, again I ran solo on my birthday as it's what I enjoy.

I've run London to Brighton a couple of times and also the Comrades Marathon in South Africa plus numerous other adventures. That's probably why I've found it sometimes difficult to adjust, sometimes I feel that I'm hanging on by a thread but always manage to dig myself out.

The cycling has been a wonderful tonic, I can still challenge myself and plan adventures with Ros without wiping myself out with fatigue.