“I was in my early 30’s when I was diagnosed with MDS 5q- when there was very little to offer in the treatment of MDS other than supportive care, or bone marrow transplants. “
Fiona is an MDS del 5q patient, and is being treated with lenalidomide. 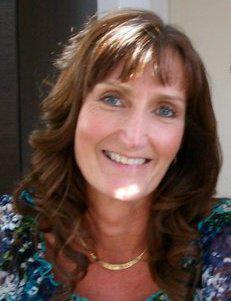 I was in my early 30’s when I was diagnosed with MDS 5q- when there was very little to offer in the treatment of MDS other than supportive care, or bone marrow transplants.

As my MDS progressed I gradually became more and more anaemic and more prone to infection which just continued to get worse the longer it continued.

The anaemia in particular was the aspect that affected my quality of life badly.  Constant tiredness and short of breath made my worklife, and general aspects of daily life a continual challenge.

As a result of this I was able to work with my employer to reduce my working week down to 4 days a week instead of 5 in order for me to try and recover from some of the effects of anaemia.

This did, of course, have a knock on effect of reducing my salary. For my employer however it meant that I was generally able to schedule my frequent hospital visits on my “day off” which of course was a benefit to them rather than me having to take even more time off work.

MDS also affected my life outside of work as I had previously played Basketball at International level and been very fit and active.  Gradually as my disease progressed physical exercise became increasing difficult which effectively then forced me to retire from playing basketball at a much earlier age than I would normally have wanted to do. Running up and down a basketball court just became impossible.

As all my blood counts continued to gradually drop, my anaemia became worse and my infections increased and this was initially treated with anti-biotics and then eventually blood transfusions in terms of supportive care.

I had only just begun blood transfusions when I had the opportunity to participate in a Revlimid drug trial between 2006-2007.
I had an amazing response to the drug almost immediately and my blood counts, haemoglobin in particular, shot up. What a difference!!  No shortness of breath, no feeling tired, no feeling cold and washed out all of the time, less susceptibility to infection and no blood transfusions!

My bone marrow itself also responded fantastically, effectively becoming normal again, and of course having less time off work for hospital visits and illness.

My quality of life vastly improved and I was even able to return to normal levels of exercise.  Once the trial had finished unfortunately I was then denied the drug for a period of time because of the fact that it was not licensed and funded.
But then in 2010 was given the drug again as my condition had started to deteriorate.  The second time around my blood counts have again responded effectively and thankfully I continue to take the drug.

In summary I cannot begin to overstate in words how incredibly effective Revlimid has been for me.  I am still only 46 years of age now and feel that my quality of life has been drastically improved by this drug, for without it I would surely now have been transfusion dependent for many years.
When people look at me today they would have no idea of my illness because I look and feel relatively fine most of the time and this would not be the case without this drug.  I would be dependent on blood transfusions which would still be affecting my everyday quality of life in all areas, whereas now I continue to feel “normal” again.  ”

Fiona is one of our MDS UK Patient Support Group Trustees and Directors since 2009 and one of the original founding members of the MDS group that started in 2008.

This brief statement was also used in the NICE appraisal for lenalidomide, which Fiona took part in, to demonstrate to the committee what crucial difference the drug made to her quality of life.

Read more information about current trials, eligibility criteria and what they are trying to achieve. Always discuss trial information with your own physician.

Stephen Andrews: “I am looking forward to getting my new set of Covid jabs”

Simon Wilkes: “Hopefully so many lives will be saved!”

Kate, with MDS RA-RS, determined to keep fit and healthy!