Anthony, diagnosed with high-risk MDS and is currently being treated with Azacitidine. His route to diagnosis wasn’t a straightforward one and required a deal of determination and perseverance on his behalf to find the cause of the symptoms with which he was struggling for some time. Sadly, this also had an knock-on effect on his emotional health. Anthony is open and honest about the challenges he encountered and hopes his story may help others in similar situation. Anthony is also on our online Forum and would like to hear from other patients with similar experiences.

“I was told I had RAEB 2. The diagnosis hit me like a ton of bricks. Panic, fear, my emotions were on a roller coaster. The haematologist was wonderful, she told me all the facts and dangers I would face in detail and told me although it was incurable she would start me on a course of Azacitidine at my local NHS hospital after Christmas.” 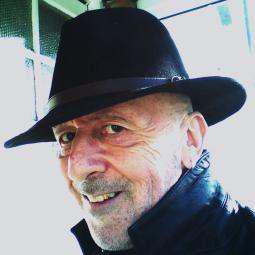 I have always suffered from a blocked nose when awakening and consulted my GP about it, I also had the occasional sinus infections which were treated with antibiotics. My doctor discovered that I had nasal polyps and prescribed a steroid spray which I used for a considerable time and did not have much effect. I did enquire about an operation for the removal of the polyps but he said they would only grow back and did not offer to refer me. Still with breathing difficulties I got a referral to an ENT consultant privately using my limited savings. The consultant confirmed I had large polyps in both nostrils an a deviated septum. The operation was successful several years ago, and they have not grown back.

Two years ago I started getting repetitive sinus infections which did not respond to many antibiotic courses prescribed by my GP, I was also getting a foul discharge from my nostrils, not only after I had finished the antibiotic course but sometimes during it. I also had slight anaemia and was prescribed a three month course of iron tablets. Last May whilst on holiday I had another sinus infection plus heavy nose bleeds. On my return I asked my GP to refer me to an ENT specialist on the NHS. I saw the specialist and he examined me and said he could not find anything wrong. I asked about the discharge which I still had and he just repeated what he said. Thoroughly disillusioned I once again saw the consultant, who on a previous visit had suggested that my immune system was at fault, he wrote to my GP to this effect. My GP arranged a blood test but could not see anything that bothered him, although he did say my white and red blood cells were below normal but that was nothing to worry about.

The private consultant put me through a series of tests including a CT scan. When he went through them with me there was shown a reservoir of infection in the maxilla sinus. He said he could slightly enlarge the drainage but could not guarantee this would cure my problem. I felt that although a costly procedure I really had no choice, my social life had disappeared as the foul discharge occurred with no warning and was embarrassing to say the least. I had the pre-med on a Friday in November 2014 and on the Saturday morning he phoned me to tell me I had a neutropenia and I needed to see a haematologist and asked whether I  would like to be referred on the NHS or would prefer to let him find me one on a private basis. Since I had paid upfront for the operation and my previous experience with a NHS specialist was so unsatisfactory, I said I’ll go private, and offset the cost against the sum I had paid for the operation. Within the hour he emailed me details of my appointment with a haematologist on the Monday.

I had a blood test before my appointment and the haematologist gave me an initial diagnosis of Aplastic Anaemia but would do a bone marrow biopsy the following day, which she did. I returned on the Friday and I was told I had RAEB 2. The diagnosis hit me like a ton of bricks. Panic, fear, my emotions were on a roller coaster. The haematologist was wonderful, she told me all the facts and dangers I would face in detail and told me although it was incurable she would start me on a course of Azacitidine at my local NHS hospital after Christmas. This is what is happening now, I start my fourth cycle on 7/4. I have had no adverse results from the drug, although I read there are many. I still feel physically fit but still am overwhelmed by fear and panic attacks, but at least I have some hope now for a bit more of a future. The unit I attend treat me fantastically in spite of being undermanned, I have nothing but praise and admiration for all involved in my treatment.

The hospital has also arranged for me to see a counsellor to help me cope with my emotional turmoil. I don’t regret spending my savings on private treatment, if I had not pursued the issue I doubt I would be writing this story. I put some of these details on the forum, but I think my experience would probably be seen by more potential sufferers in Patient Stories. It may sound all doom and gloom at the beginning but hopefully the end will give some encouragement to any in the same predicament as I find myself.

I am 70 years old and probably too old for a stem cell transplant, but I live in hope if all else fails.