Massive thank you to Russell and his family, who very successfully organised the comedy night.
It was a hilarious night, hugely enjoyed by all who attended !
A total of £3,404.15 was raised, inclusive of Gift-Aid.
Several Oxford group members came as well – great to catch up.

Really great evening: well done Russell, Susan and Georgina – you were amazing !
Also many thanks to the comedians and those who donated the fantastic prizes for the auction and the raffle, both individuals and organisations.
And last – but definitely not least – thank you so much to everyone who bought tickets or participated in the auction. 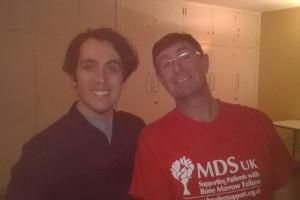 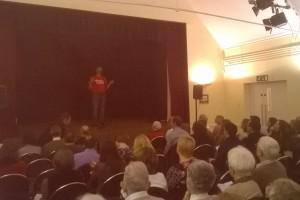 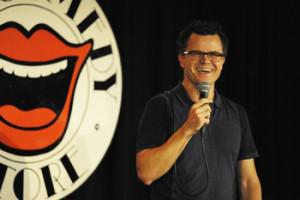 Russell Cook – assisted by Graham Limmer – have put together a fantastic evening of comedy.  This is a first for MDS UK – and will be a terrific evening. Tickets are likely to sell out fast – so do make sure you book soon. See message below from Russell: Dear all, I am absolutely delighted to announce a Comedy Night in aid of the MDS UK Patient Support Group – A rare blood cancer Charity. The venue will be The Village Center, Rogers Lane, Stoke Poges, Bucks on March 7th. Doors open at 7.30pm with the first act at 8.00pm. The confirmed Acts are: DOMINIC HOLLAND PETE FIRMAN ADDY BORGH with Compere TIM CLARK

The tickets are £20 each – please message me for them!  I am looking for some help so if you felt you could sell 10 or 20 let me know. There will a bar available for those who can’t laugh without a beer in hand… TICKETS ARE LIMITED AND WILL GO QUICKLY MDS UK is a blood cancer Charity of which I am a Committee Member. We offer patient advocacy, support and guidance to 2100 new MDS patients every year. It is a rare blood cancer and, until very recently, there was no treatment to slow it down. There is still no cure – other than a bone marrow transplant – which is what I needed and without which I had about 18 months to live. It affects mainly older people, who frequently get a raw deal where new treatments are concerned, but not exclusively so (I spoke to a mum only this week whose 8 yr old daughter was diagnosed with MDS 2 years ago and has since had a transplant). We have 2 full time staff and a host of volunteers who help train medical professionals to better understand MDS. Unfortunately (!) the only ‘celebrities’ that have had MDS are all dead (Carl Sagan, Roald Dahl, Susan Sonntag) – if we had a few living ones then maybe this would be a disease with more public profile and hence money for research. That said, MDS UK is not a research Charity, it is a support group for those who have had what for most is a life changing diagnosis and for others is fatal. We spend around £100,000 a year to provide advice to the entire NHS and patients throughout the UK!! We have offices that we have ‘borrowed’ and staff who frequently have, or are, working for free. We will hopefully also have Delete Blood Cancer at the event – a bone marrow register Charity though that’s to be confirmed. We are looking for items or events that we can auction or raffle. I hope that you will join me and help raise funds whilst laughing till your stomach hurts. Thanks Russell Cook Many thanks to Russell, Graham, Caitlin – all of the comedians involved, and anyone else who is making this unique event possible.
+ Google Calendar+ iCal Export