Across the UK
United Kingdom 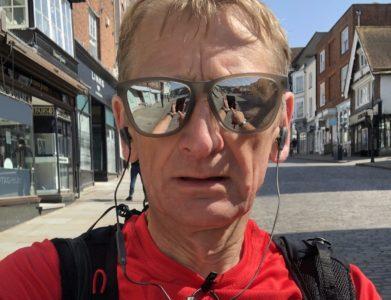 One of our runners, Alastair Day, will be running an astonishing 2500km by the end of September to raise vital funds for MDS UK!

He had initially planned several marathons and half marathons in 2020 including the Fox and Beachy Head and was delighted when he won a ballot place in the Berlin Marathon.

Unfortunately, the event, like many of MDS UK’s biggest fundraisers was cancelled due to the Covid19 pandemic, with restrictions prohibiting organised exercise.

Unfazed, Alastair has already run around 1400km solo this year, so is well on the way to reaching his target. Only 1100km to go! (Yikes!)

He tells us about his experience:

“I was diagnosed with MDS in 2016 and am luckily low risk, with regular blood checks and no intervention or drugs.”
“I appreciate that many patients are far worse off than me, and so may not be able to raise funds by running.”
“I want to raise money now to add to charity funds, increase awareness and support sufferers of MDS.”
“Now more than ever, MDS UK needs funding since so many events have been cancelled.”

And he’s right! During this difficult time for MDS UK, it is essential that tenacious, adaptable fundraisers like Alastair are supported where possible!

We are immensely grateful to Alastair for thinking of us, and full of admiration for his determination and stamina!

If Alastair has inspired you to participate in your own virtual event, contact Jan Edwards (Fundraising Officer) on fundraising@mdspatientsupportgroup.org.uk who will be happy to help! 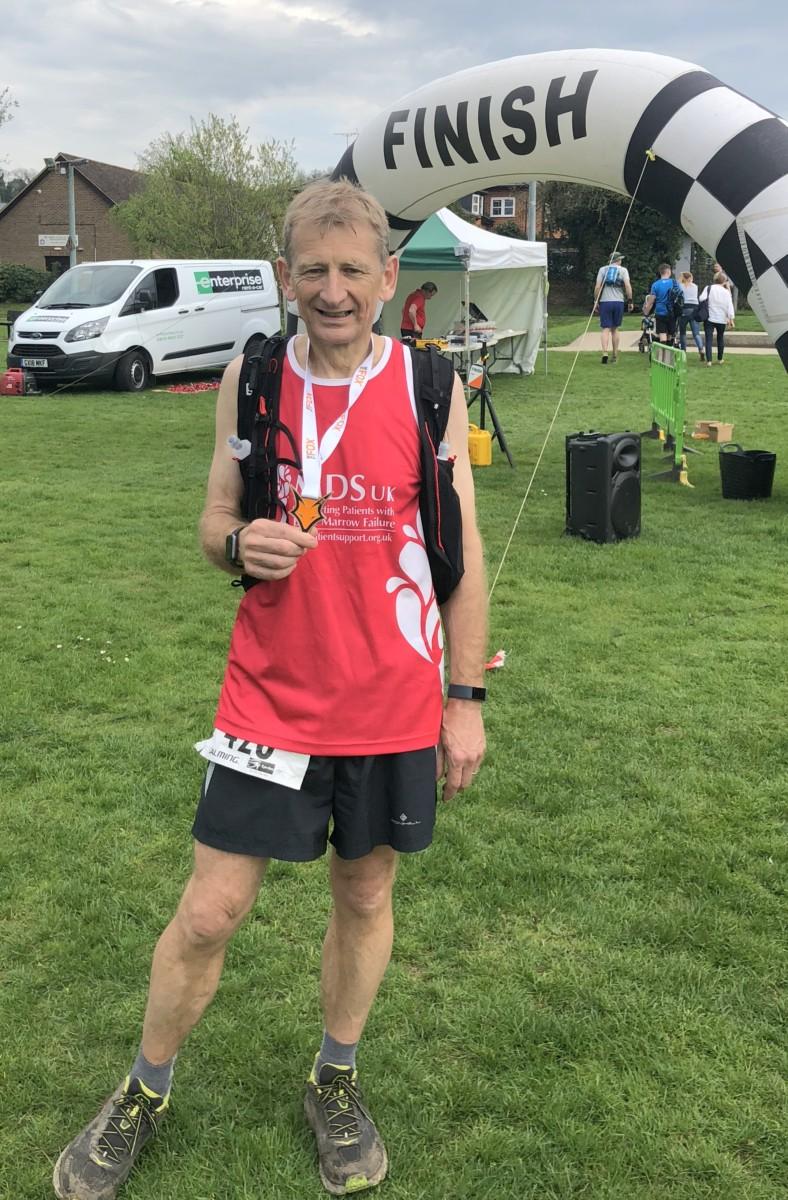 Alastair after the race, with his The Fox Ultra 42K medal at the finish line 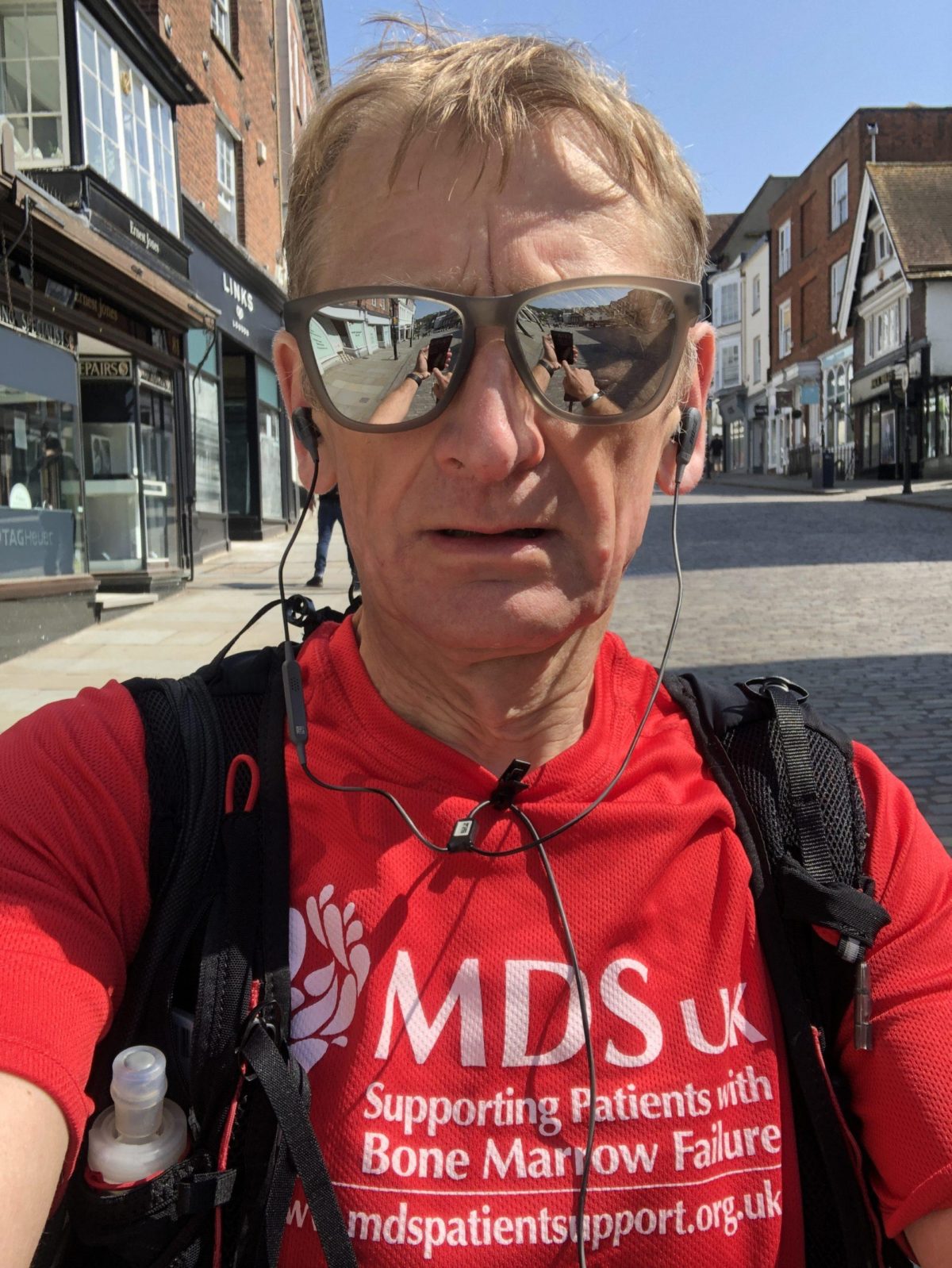