TP53 gene mutations or chromosome 17 loss which results in TP53 deletion is present in up to 20% of MDS patients. Therapies for these patients have been relatively unsuccessful in delaying the progression of the disease.

Emerging treatments for patients with MDS are frequently based on cytogenetics, i.e. the study of the chromosomes. For this reason it's becoming more important for haematologists to check for mutations, and for patients to know those results.

In this excellent, very clear interview with USA MDS expert Prof David Steensma, he lists some positive news for MDS patients with the TP53 mutation. It involves a combination of drugs, eprenetapopt  (APR-246) and azacitidine. Combining treatments seems increasingly promising generally in MDS.

Click here to read the full article on Onclive 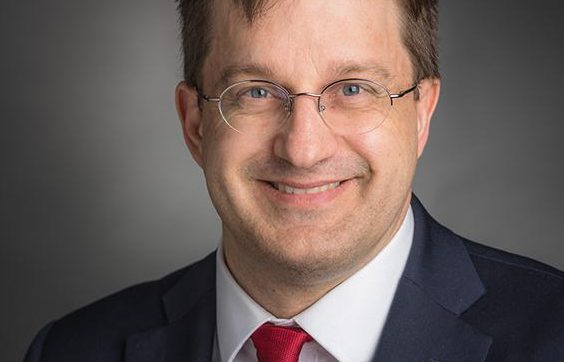 David P. Steensma, MD, is the clinical director of the Center for Prevention of Progression at Dana-Farber Cancer Institute and an associate professor of medicine at Harvard Medical School both in Boston, Massachusetts.

OncLive: Historically, how have TP53 mutations been targeted, and how effective have these therapeutic strategies been?

Steensma: TP53-mutant disease is one of the biggest unmet needs in MDS. When patients with TP53 mutations receive allogeneic hematopoietic cell transplantation, they tend to do more poorly than those without TP53 mutations, including frequent early relapses. We know that TP53 is enriched in therapy-related MDS, so people who have had treatment for some other type of non-myeloid cancer many years later may develop MDS as a result of the treatment, and when that happens, it is often TP53-mutant disease.

TP53 mutations are associated with short survival, especially when both copies of TP53 are lost. Clinically, the TP53-mutant population is a very high risk group that is often treated with one of the DNA hypomethylating agents, either azacitidine or decitabine, and those lead to a high rate of response. But the response duration is often pretty short, with a median of 8 to 9 months, so the overall survival for these patients tends to be less than 1 year.

How do recent data support the use of this agent in the treatment of TP53-mutant MDS?

One of the exciting things is that on phase 1 and 2 trial eprenetapopt (APR-246) was associated with quite a high overall and complete response rate, certainly higher than we would typically expect to see when looking at historical controls of azacitidine monotherapy. Anytime patients are enrolled in uncontrolled clinical trials, though, we wonder, “Are they just healthier than the general population? Were they destined to do well otherwise?” So the uncontrolled data are difficult to interpret but are encouraging. Still, in MDS, we’ve been burned many times by phase 2 trials in which interventions looked like they had a high response rate, were then taken into phase 3, and showed no improvement.

Some examples are the combination of azacitidine with histone deacetylase inhibitors, such as vorinostat [Zolinza] or entinostat. More than 4 randomized trials of azacitidine with deacetylase inhibitors showed no benefit compared to azacitidine monotherapy, just more adverse events with the combination. Azacitidine plus lenalidomide [Revlimid] also looked pretty good in a phase 2 study but didn’t pan out in the phase 3 investigation [NCT01522976]. The phase 3 trial that is testing APR-246 plus azacitidine versus azacitidine alone [NCT03745716] has now completed accrual and hopefully will report out by the end of the year. It is a really important study for trying to understand if this is a viable strategy.

Please explain the rationale for combining eprenetapopt and azacitidine.

Both azacitidine and decitabine are important standards of care for patients with MDS. Those are the backbones of therapy, and azacitidine is the only agent that’s been shown to improve overall survival for higher-risk patients in a randomized trial—so patients deserve to have exposure to this drug.

The reason for combining azacitidine with APR-246 is that reactivating TP53 alone only may partially sensitize the cell to dying if it is an abnormal cell. Normally if there’s DNA injury detected in a cell, that cell would be programmed to die, and that program would be mediated by p53. If you restore a p53 function in an abnormal cell but there’s not enough DNA damage to the cell, then the cell may still survive. If you combine APR-246 with an agent that causes DNA damage or cellular stress like azacitidine, then that intact p53 may finally be able to sound the alarm and kill the cell, so to speak.

In MDS, we’ve seen a number of trials where there was no logic behind combining agents with azacitidine. Previously, it’s been, “Oh, our drug has a little bit of effectiveness, or even no effectiveness, but maybe it will be better if we combine it with azacitidine,” and that’s kind of a desperate move. Here, as with venetoclax—which also sensitizes cells to death but doesn’t have a lot of independent activity on its own in myeloid disorders—there’s a real rationale for combination.

What do we know about the safety profile of eprenetapopt (APR-246)?

From what we’ve seen so far, APR-246 has a favorable safety profile. The recurrent toxicity that we’ve seen is a peculiar form of neuropathy where patients may feel altered sensation, such as their skin feeling especially sensitive. They may feel like ants are crawling on their skin or other peculiar sensations, and this usually gets better with prochlorperazine, which is a widely used antinausea medicine. So, for the most part, that adverse event has been manageable.

I was impressed in the phase 1/2 experience by just how well patients did with the drug. Overall, APR-246 didn’t seem to cause a lot of trouble, other than the neuropathy. We will see in the randomized comparison how the toxicity patterns compare to azacitidine alone, and that will provide more information. My suspicion is that we’ll see more neuropathy with the combination group, but probably not a lot of other differences in terms of adverse events.

What challenges remain in other subtypes of MDS?

There are a number of unmet needs for patients with MDS outside of TP53-mutant disease. In the higher-risk population, for the majority of patients, hypomethylating agents will either stop working within 1 to 2 years or they weren’t working in the first place. We don’t have a second-line therapy that’s useful and has been shown to improve survival or delay disease progression, so that’s a big unmet need. In fact, the long-awaited, randomized trial [INSPIRE; NCT02562443] of rigosertib just reported out in that post hypomethylating agent setting, and data showed that rigosertib failed to improve survival compared with physician’s choice of alternate therapy.

The second big unmet need is for the lower-risk patients, whose main problem is low blood counts that could cause them to be transfusion dependent on a regular basis, which is quite inconvenient for them. We had luspatercept [Reblozyl] approved for MDS with ring sideroblasts and SF3B1 mutations in April, which was the first new drug approved for an MDS indication in 14 years. However, luspatercept only helps a subset of patients, and the approval was only for those with ring sideroblasts, which is 15% to 20% of patients at most. There are a lot of other patients with low blood counts that either aren’t good candidates for luspatercept or have been failed by luspatercept, and the question becomes, “How can we improve counts for them?”

These are probably the 2 biggest needs, but there are others. For the transplant population, how to prevent relapse after transplant is also a key question.

How have you coped over the past few months of COVID-19? Please let us know

News for MDS patients from the European Registry

Be our hero! Fundraise for MDS UK