AMAZING FLASH MOB IN TWICKENHAM TO RAISE AWARENESS OF MDS

To celebrate MDS World Awareness Day a cheerful bunch from the Bearcat Running Club  stormed the Cabbage Patch Pub in Twickenham and started dancing to the tune of Gloria Gaynor "I am what I am"!! WATCH THE VIDEO:

Such was the impact that people were reported to donate spontaneously after the dance, without even been asked!

Always wear your MDS UK T-shirt with pride - you never know when someone will give you an unexpected donation (as happened to me as I walked up Twickenham High Street after the Cabbage Patch 10 yesterday!)

The 10-mile race Cabbage Patch Race by Kate Carter The Running Blog:
One of my favourite autumn races took place yesterday - the Cabbage Patch 10 miler. I can’t say I did it much justice on very weary post-marathon legs, but as always it was a great run, through Twickenham, Ham and Richmond, along the river and past some rather bemused dog walkers and startling innocent bystanders.

True to form, the race was won in the sprightly times of 49min 42sec and 54min 46sec. Yes, for 10 miles. I missed the awards ceremony, which is a shame as the look on the winners faces (if they’ve not done it before) when they are presented with an actual cabbage is usually worth staying for. The prize money for this local race is very generous, and the times always impressive - one Mo Farah is a former winner - but my own particular congrats to my teammates Stephen and Nick, who both came in under an hour.

In addition, one of the runners, wrote a great blog mentioning MDS World Awareness Day!. She says:
Today, 25th October 2017, is Global MDS Awareness Day and it’s time to spread the word about this little known form of blood cancer. So, what is MDS, or Myelodysplastic Syndromes?

According to the MDS Alliance, MDS are a group of diverse bone marrow disorders in which the bone marrow does not produce enough healthy blood cells. Approximately 2,500 new cases of MDS are diagnosed in the UK every year but it is thought that many go unreported. Although most people who develop it are over the age of 65, it can strike at any time.

To mark MDS World Awareness Day, Caitlin Limmer, Patron of the MDS Patient Support Group charity, organised a ‘Flash Mob’ on a busy street in Twickenham (just down the road from Virgo’s Richmond office), whereby the Bearcats running club which she heads up (she’s one busy lady!) broke into a fabulous dance routine, all wearing their distinctive, red MDS t-shirts. This took place right after a popular local 10 mile race, the Cabbage Patch 10, so there was a good crowd of surprised athletes assembled to watch the action unfold. You can check out the video here.

Bravo, Caitlin and the Bearcats, we love your work!

MDS AWARENESS WALK ON THE 25TH

On the 25th of October, our tireless patron Caitlin Limmer, took more people - and a dog - on a leisurely MDS Awareness walk.

Another fabulous event, that we mean to turn into an MDS AWARENESS tradition!! 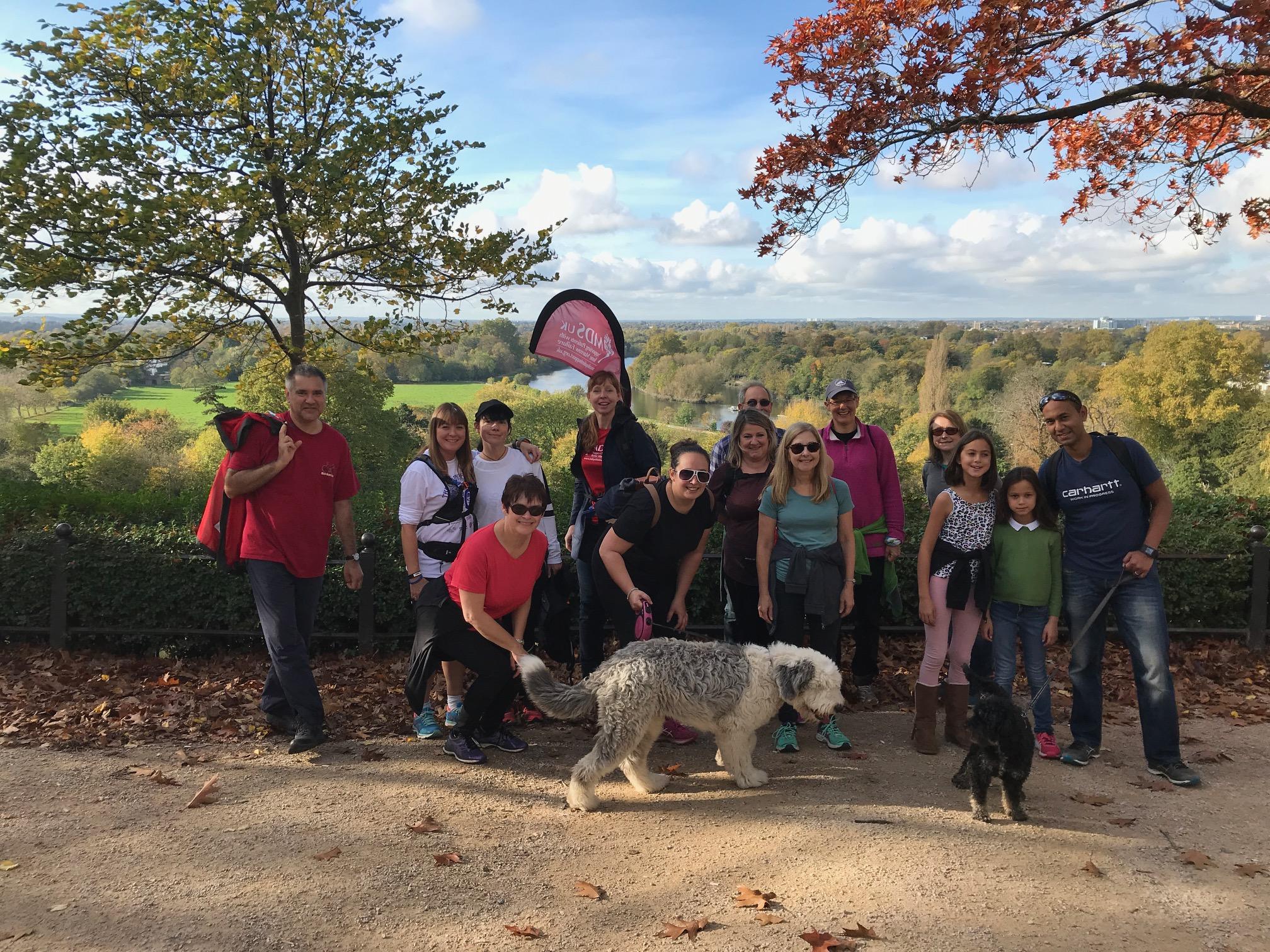 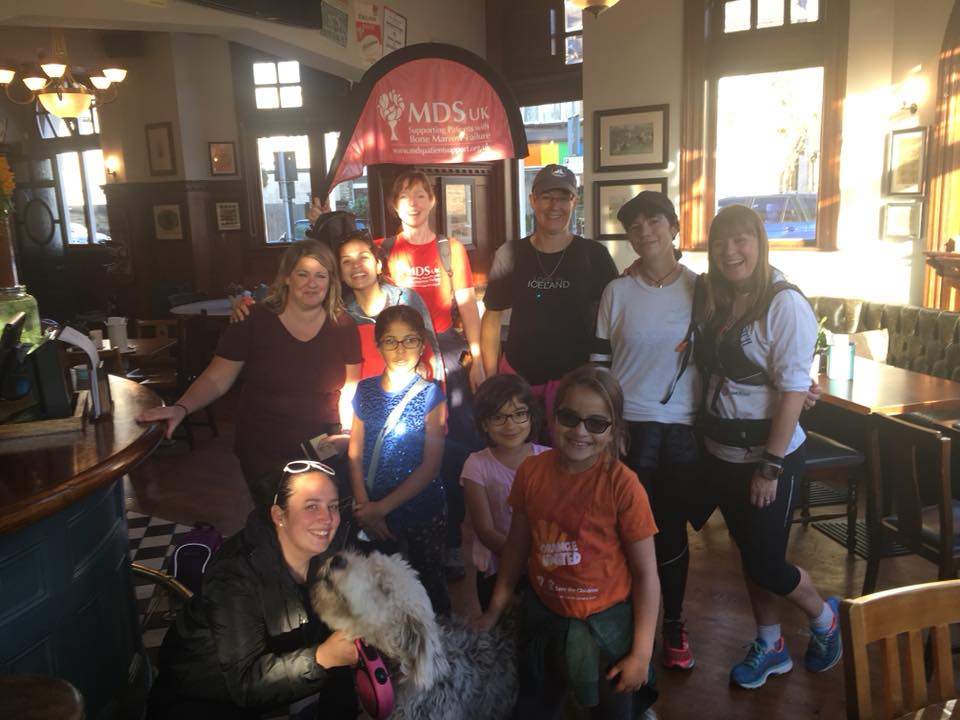 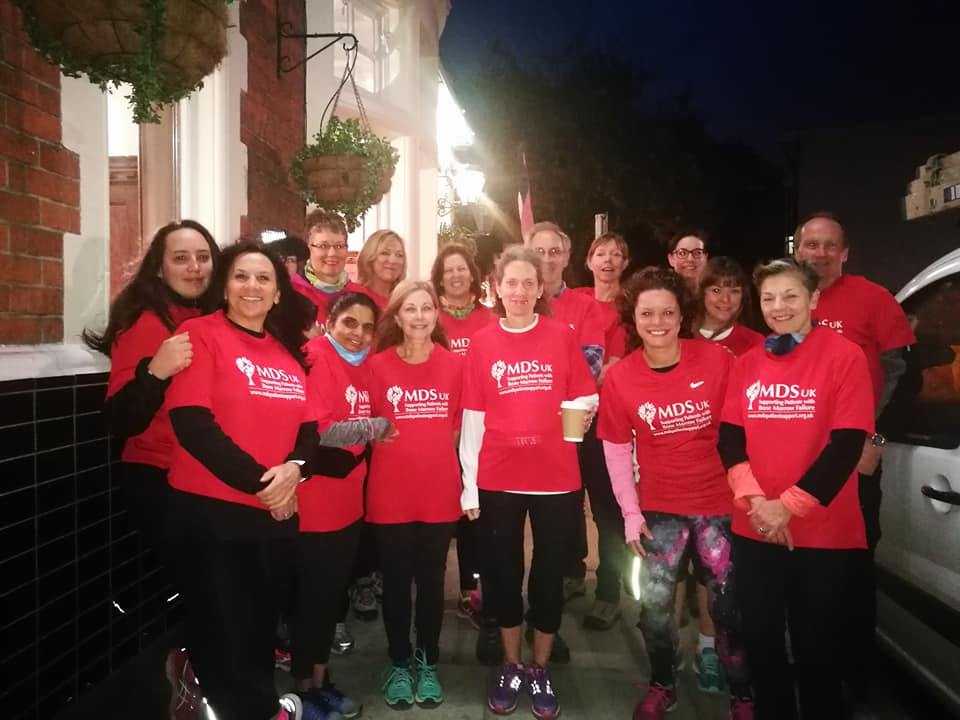 Run for us! Register to the Cabbage Patch 10 Mile Race

What is the latest on MDS UK funded research?